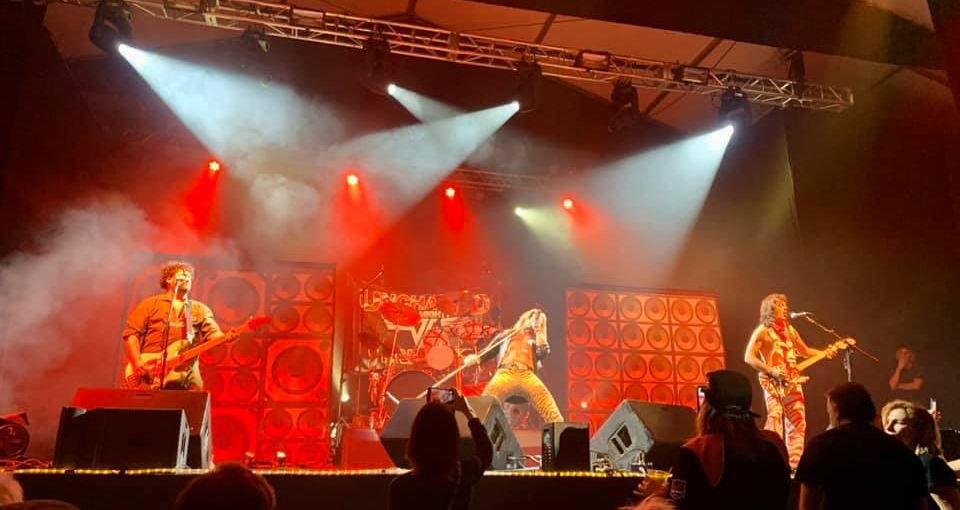 Who doesn’t love the way Van Halen rocked the world from 1978 to 1984? They had it all, including the best guitarist on the planet. A lead singer with the biggest personality in our Solar System. A bass player who laid down the law on bass while singing pristine harmonies over the top. And a drummer who kicked everyone’s butt. They created some of the best tunes ever heard on the radio and they all smiled those big smiles while doing it. Every show was a huge party and it just felt good.

Completely Unchained are four talented and creative musicians that re-create the ultimate Van Halen production – the attitude, sounds, excitement, energy and most of all the fun that Van Halen produced as one of the best rock bands in the world.